is a reference to a Bill Lupkin.

Let’s imagine a patient with dysphagia compensating well with a Soft & Bite-Sized, Level 6 IDDSI diet and thin liquids. This person has been following strategies including upright positioning, chewing thoroughly, and taking small sips between every few bites. We think all is well in the patient’s world of eating and swallowing.

Then, along comes medication time and pill dysphagia!

Person A at a skilled nursing facility knows she has to take her 30ml of liquid Lactulose slowly, using 4-5 careful sips. However, during her stay she had a big aspiration event when she was woken up at 4am and was dependently fed the 30ml in a rapid fashion. She reported that she breathed in the liquid, as it was fed to her too quickly.

Person B at the hospital was faithfully taking small sips of thin liquids. He knows to go slowly to avoid shortness of breath and discoordination of breathing and swallowing. However, he reported he was given his pills with sips of liquid, rather than in applesauce, as recommended by the SLP. And, it was at 4 am while laying “pretty well flat.” He described a huge coughing fit.

These cases show the hazards of medication passes, regardless of the method of administration. They highlight the dangers of dependent feeding and feeding someone who is not fully upright and alert.

But there is much more to the story…

The Speech-Language Pathologist (SLP) evaluating a patient’s swallowing function and safety needs to concern themselves with all aspects of how a patient is taking medications. Whether in pill form, liquid, or crushed, medication delivery can cause aspiration, pill residue, and potentially incomplete absorption. The medical team needs to know if these are risks. The SLP needs to evaluate for pill dysphagia and communicate with the team. Team collaboration is crucial, including the patient, family, doctor/nurse practitioner/physician’s assistant, SLP, nursing, and pharmacy.

Nozaki et al., (2015, March) caution that patients have to be carefully watched when taking medicine, whether it is in powder form, a tablet or a capsule. They studied 213 cases of patients who reported difficulty taking medications. This was defined as: difficulty swallowing medication, swallowing more than 3 times to clear, repeatedly washing down medicine, and choking on the medicine. The patients’ etiologies were CVA, neuromuscular disorders, mild dementia, respiratory disorders, head and neck issues, and others. The majority of the patients were in their 60’s-90’s.

So, studying the pill through the esophagus may not be as helpful as identifying oropharyngeal deficits when taking a barium pill. Testing a pill on a Modified Barium SwallowStudy.com (aka, VFSS or Videoflouroscopic SwallowStudy.com) has been found to be very useful (per Brady et al., 2015, March). Brady’s team reported on their prospective/observational study of 65 rehabilitation patients who had been referred to speech pathology for a VFSS. These 65 patients met inclusion criteria (i.e, without significantly altered mental status and safe per the VFSS to proceed with a 12mm barium tablet). Based on clinical judgement, the tablet was given whole in pudding, with nectar thick barium, or with thin liquid barium.

They noted that the barium tablet can provide information on:

Researchers also noted that the patients’ ability to identify difficulties in swallowing pills is “fairly accurate.”  See this blog that includes the PILL-5 (similar to the EAT-10) that helps individuals rate their pill dysphagia. Recommendations for medication administration were changed in 47.7% of the patients (31/65) based on the results of the VFSS. Fortunately, 33.8% of those recommendations were to a lesser restrictive method. Of note, 2 patients penetrated and 5 patients aspirated thin liquid barium when swallowing a pill when aspiration was not present with sips of thin liquid in isolation. These 7 patients were on regular diets based on the VFSS. Again, the patients’ diet consistency was not a predicting factor in whether or not they would aspirate on liquids while taking a pill.

Brady’s study points out how pill testing on a VFSS so critical in giving complete recommendations.

Riquelme et al., (2015, March) compared oral transit times and pharyngeal transit times for liquids and purees when swallowing a pill versus when not swallowing a pill. However, the pill used was a capsule filled with barium powder (not a 12mm or 13mm barium tablet). The team performed VFSS on 19 subjects over the age of 65 who were referred for the study. There was no statistical significance in oral or pharyngeal transit times between the presence or absence of a pill. There was only a trend towards marginally longer oral transit times when swallowing with a pill. No differences found in Penetration/Aspiration Scale(PAS) scores; however, they noted this may be due to overall fairly functional swallows and low PAS scores in their sample. Potentially, the patients did not have significant enough physiological deficits to note a change in those temporal measures. Also, the use of a capsule may have affected the outcomes. In the study by Nozaki et al., 2015, the capsule was rated the easiest to swallow, while the tablet was the hardest. Brady’s study above did use a 12mm barium tablet.

Riquelme et al., noted in the poster: “Impaired swallow physiology further challenges the system in the presence of a pill.”

3. Be careful in your recommendations of pill administration:

Julie Cichero (University of Queensland, Brisbane, Queensland, Australia and co-chair International Dysphagia Diet Standardisation Initiative: www.IDDSI.org) and her team have been investigating medication absorption when pills are crushed into a thickened liquid.

I’ll give the bottom line first:

Hang in there through these details, because I called my chemist dad to help me understand it. Further explanation below, after I review these two fabulous studies.

1. Manrique et al., (2015, March) studied the potential bioavailability of paracetamol (aka, acetaminophen/Tylenol) when dissolved in plain water versus in an extremely thickened liquid (like a pudding/spoon-thick). They studied four formulation types: immediate release crushed tablets, elixir, suspension, and soluble/effervescent tablets. The commercial thickening agent was Easythick Advanced (xanthan gum thickener). They performed in vitro (test tube) “drug release studies” “with a USP Apparatus 2” to test the dissolution in simulated gastric fluid HCI pH 1.2, 50 rpm, 37 degrees Celsius. This temperature simulates the human body. (Dissolution testing is widely used in the pharmaceutical industry for optimizing formulations, and it tests how much diffusion or disintegration of the medication takes place into a solution.)

Researchers found the dissolution of the medication at 30 minutes was:

“Although thickened liquids provide an adequate profile for safe swallowing, administration with drugs may impact bioavailability.”

2. Radhakrishanan et al., (2015, March) extended this idea to in vivo models. They used a randomized cross-over design to study an oral dose of paracetamol in 20 healthy volunteers. The formulation was immediate-release tablets given in the following methods: whole tablet, tablet crushed in water, tablet crushed in jam, and tablet crushed in an extremely thick liquid. They performed a saliva analysis to test salivary paracetamol concentrations. “The extent of absorption of crushed paracetamol with water and jam did not differ,” per the researchers’ poster. However, when the medication was crushed into an extremely thick liquid, it was significantly associated with a reduction in:

My first thought was: “Wow, this is huge!”

How many times have we seen liquid medications thickened with thickener powders?

How many times have we seen crushed meds delivered in the patient’s thickened liquid?

My second thought was: “I have to call my dad!” The chemistry was going over my head as Manrique et al., (2015, March) speculated: “the underlying structure of the polymer of thickened liquids may play a role in the diffusion of drug molecules into gastrointestinal fluids.” 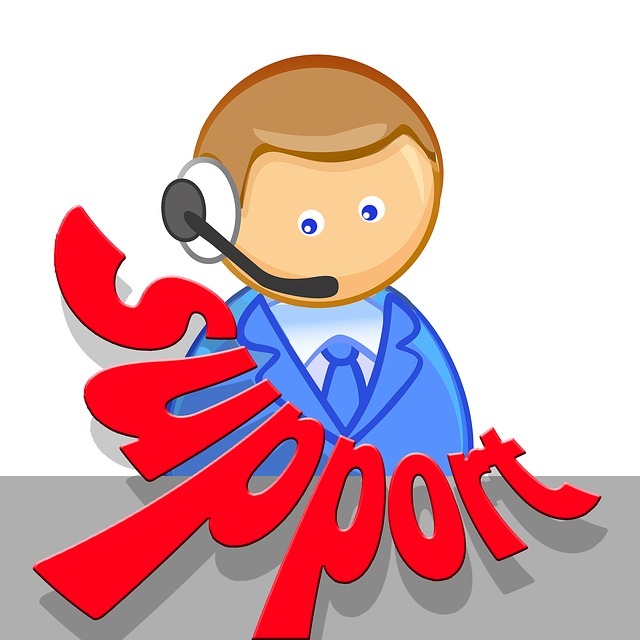 My father, Dr R.H. Sheffler, graduated from Rensselaer Polytechnic Institute in 1963, obtained his PhD in Chemistry from the University of McGill in 1967, and worked in polymer chemistry for over 40 years.

So here is my summary of our phone call:

The more dilute the solution is surrounding the substance, the quicker the substance will dissolve. A dilute solution does not interfere with the diffusion process. For example, salt crystals in plain water loose their crystal lattice structure fairly quickly until the solution is saturated to an equilibrium state. Warmer liquid will speed up this diffusion process. If the liquid is cooled down, the crystal structures may reform; so it is temperature dependent.

It made complete sense to my dad that thickeners would interfere with and delay the diffusion process, retarding the dissolution of medications.

These thickeners are long-chain polysaccharides (which are polymers).

Polymer: a general term for an extended structure formed by chemical bonds from long chains holding things together. The longer the chains, the more difficult is is to separate.

For example, xanthan gum is a polymer with side chains of trisaccharides. These side chains hanging out and sticking out all over the place increase the thickening ability as they grab on to each other. Sure, this is an effective way to thicken a liquid, but will they also grab onto the complex compounds in medications?

It requires a more significant digestive process to break down the polymer structures in a thickened liquid versus the cellulose and sugars in applesauce or the pectin and sugars in a jam. Applesauce and jam do not require an extended process and dilute quickly.

When medications are crushed in applesauce (or jam as in Australia), the medication is more immediately bioavailable.

Never crush medications meant to be extended release, as this could case an overdose. Medications that are meant to be released slowly have special compounds in the formulation called: excipients. Crushing the medication would destroy how these compounds were meant to interact with the target medication.

My dad joked that you could change a pill into a slow-release medication by adding the crushed medication to a thickened liquid, limiting its diffusion. Just a joke – this is certainly not recommended.

What if the medication is not becoming bioavailable fast enough, and the patient’s symptoms escalate? Does that force the doctor to give more medications? What if the team decides that the Tylenol is not working to target the pain, and a heavy-hitter medication is ordered, changing the patient’s mental status significantly? The patient may get over-medicated and over-sedated.

What if the body eliminates the medication while it is still bound to the thickened liquid polymer, and the patient is under-medicated? Under-medication of some drugs could lead to serious cardiac and neurological compromise, including heart attack and stroke.

Clearly more research is needed in this area. What if you crush the medication in yogurt or pudding, which has milk proteins and fats?

Like I said, this is huge! Spread the news! Check out Institute for Safe Medication Practices (ISMP) and their list of tools, which includes a pdf on medications that cannot be crushed.

So much gratitude and appreciation also goes out to all the researchers who shared these studies at this year’s Dysphagia Research Society Annual Meeting in Chicago, IL. See References below. Follow more from the meeting on Twitter with #DRS2015.

Read More About Pill Dysphagia in these Blogs:

Trouble Swallowing Pills? What to do for Pill Dysphagia

Further reading on pill dysphagia and more (references not covered in this blog):