A Time to Celebrate Jeri Logemann 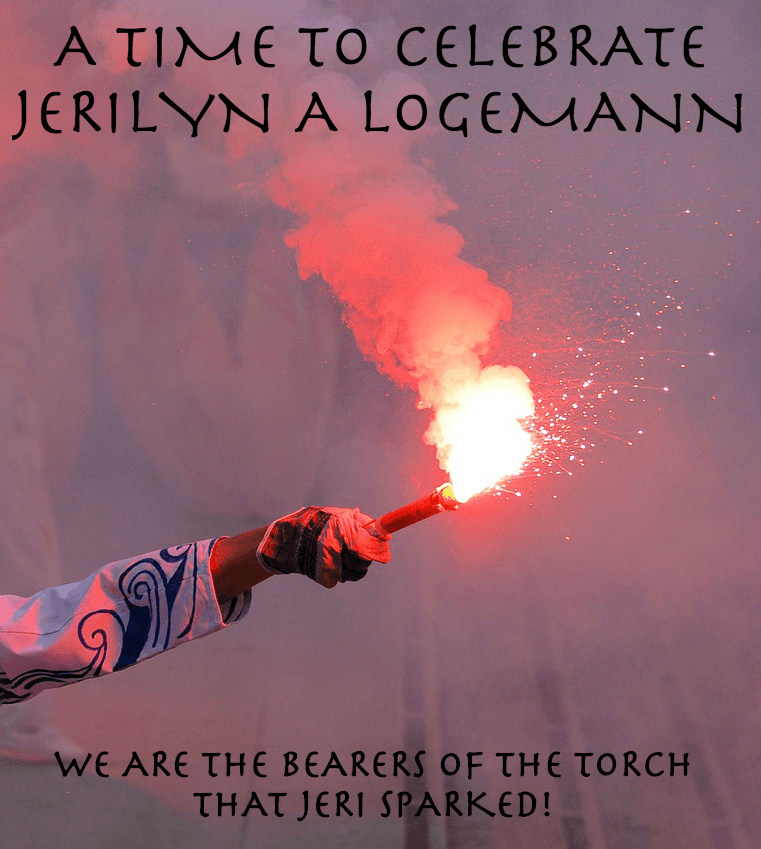 We are all the “bearers of the torch that Jeri sparked,” Joanne Robbins, PhD, CCC-SLP, BCS-S (University of Wisconsin-Madison) reminded us in her welcoming statements.

On Friday, March 13, Northwestern University held A Scientific Tribute to Jerilyn A. Logemann, PhD, CCC-SLP, BCS-S. This was an afternoon I will treasure forever. I hope to share with you some common themes from the 11 heartfelt tributes. They not only walked us through the history of dysphagia/deglutology, but also brought tears to our eyes. Eleven friends, mentees and collaborators brought to life Jeri’s tireless tenacity to secure the Speech-Language Pathologist’s place in the field of deglutology (the study of swallowing and swallowing disorders). I hope you will feel like you were there celebrating too, as everyday YOU carry her flaming torch which will never be extinguished.

Common Theme: Jeri Would Have Been So Proud of DRS

Jeri would have been so proud of our Dysphagia Research Society this year, per Reza Shaker, MD (Medical College of Wisconsin). Dr Shaker fondly recalled when Wylie J. “Jerry” Dodds, MD introduced him to Jeri Logemann. Together they created DRS in 1991 (along with Dr Barbara Sonies, PhD, CCC-SLP, BCS-S and Dr Bronwyn Jones, MD, FRACP, FRCR). DRS is the first of its kind as a transdisciplinary society.

So much to be proud of at DRS:

Please also see the Dysphagia journal, February 2015, where Dr Jeri Logemann is on the cover. In this issue, Dr Shaker wrote a Dedication to Dr Jeri Logemann, which he read during his tribute. It begins: “Dear Friends, On June 19, 2014 the journal of Dysphagia lost one of its original associate editors and the field of Deglutology one of its undisputed leaders, passionate teachers, legendary mentors, and forward thinking investigators; Dr. Jerilyn A. Logemann, the Ralph and Jean Sundin Professor of Communication Sciences and Disorders at Northwestern University…”

Thank you Dr Reza Shaker for also making us laugh with this little tidbit: Jeri was Reza’s “personal tutor,” even teaching him to use chopsticks!

JoAnne Robbins was Jeri’s’ first post-doc student. Jeri taught her to challenge the literature all the time. “Always question what people think they know, as the literature may be wrong more often than right.” Dr Robbins’ creation of Swallow Solutions spiraled out of her relationship with Jeri. At the end of Dr Logemann’s life, she had “wanted on the board” of Swallow Solutions.

Barbara Sonies, PhD, CCC-SLP, BCS-S (University of Maryland), shared her heartfelt pride in knowing Jeri since 1979. Dr Sonies’ life changed when she attended a half-day course that Jeri was giving in 1979 on dysphagia. At that time, Barbara Sonies was studying aphasia, so she initially thought that Jeri must have mispronounced or misspelled aphasia with this thing called dysphagia! However, she was delighted to find out that “we didn’t have to work on r’s, l’s, and s’s” anymore.

Sonies said that Jeri called herself “a bit wicked,” like her grandmother. Many tributes commented on how she was critical (she may have even made you cry), but she was always fair. 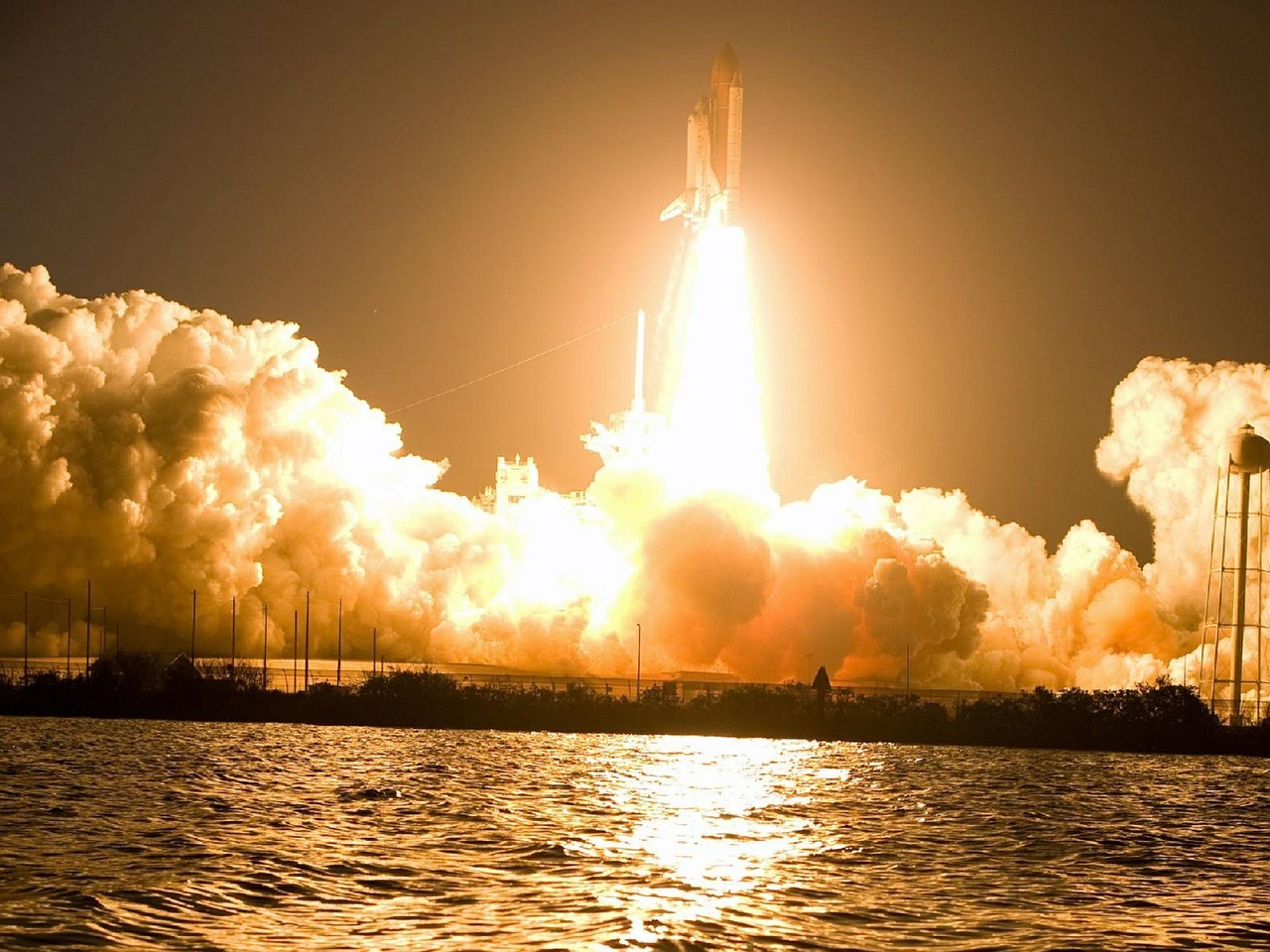 JoAnne Robbins described Jeri as a rocket. She launched us into the field of deglutology/dysphagia.

Similarly, Tanya Gallagher (Professor in the Department of Speech and Hearing Science, University of Illinois) knew Jeri for 30 years, and she stated it was “her person that made the research possible.” Many stated how fearless Jeri was. “Not one person could intimidate her,” Gallagher said. Like Barbara Sonies, Gallagher also recalled how Jeri initially she received criticism as she lobbied for dysphagia. We can thank her “Let’s do it” attitude, always saying “why not,” for where we are today!

“Not going along to get along,” is how Gallagher put it. In addition to this “infectious,” “running-forward-ambitious” attitude, Gallagher remembered how Logemann would advise to also “take responsibility.”

Common Theme: Giving You the Confidence to Take a Stand

Cathy L Lazarus, PhD, CCC-SLP, BCS-S (Mount Sinai Beth Israel, NY) marveled at how Jeri had so much physician support at the start of her career. Logemann was a role-model in her interactions with patients and physicians. She gave Lazarus the confidence to speak to a doctor in a reasonable way to advocate for a patient.

Bonnie Martin-Harris, PhD, CCC-SLP, BCS-S, ASHA Fellow (Medical University of South Carolina) stated: “I revere” Jeri. She too attributes her confidence to Jeri’s teaching, and she now easily navigates as an SLP in a surgical setting. She shared how Jeri urged her to pursue her curiosity in how COPD patients have speech, voice and swallowing problems without underlying neurological disease. As Jeri’s doctoral student, Martin-Harris began her discoveries in the laryngeal modulation needed for breathing-swallowing coordination.

Fred McConnel, MD (Atlanta VA Medical Center), who developed simultaneous manoflourography, may have known Jeri the longest of anyone in the room. He had proof with his 1975 article! (Click here for 1975 article: George A. Sisson, MD; Fred M. S. McConnel, MD; Jerilyn A. Logemann, PhD; & Stephen Yeh Jr., MD on Voice Rehabilitation After Laryngectomy: Results With the Use of a Hypopharyngeal Prosthesis. Archives of Otolaryngology, 101(3):178-181). McConnel shared how in 1973 he rigged up a device in his basement to develop prosthetic speech for laryngectomy patients. Necessity is the mother of invention: He had a laryngectomy patient-football coach who demanded to have a voice for an upcoming home game. The story was picked up by the media, and McConnel was relieved when the “external speech tube” really worked. He then enlisted Jeri’s help, who had just started looking at laryngectomy patients under flouroscopy. Through years of collaboration, they developed the InsuflationTest and met Eric Bloom and Mark Singer, and the rest as they say is history! All this “based on an early near scandal” if the original device had failed, per McConnel.

Peter Kahrilas, MD (Gastroenterologist and on the Northwestern University faculty since 1986) shared that his mentor, Dr Jerry Dodds, also introduced him to Jeri Logemann. Kahrilas & Logemann produced 40 joint-original publications! He recalled their once “primitive understanding” of the pharyngeal swallow, referring to their work in 1995 to model the pharyngeal swallow.

They actually used Hollywood animation software to image the pharyngeal swallow! In Kahrilas’s thoughtful words, Jeri was “tireless” and “her physical decline never affected her work.” She was always focused on the next project. (Many people echoed this memory). Jeri was the “ultimate translational researcher,” per Kahrilas. She would take something she learned and apply it in a practical sense with patients the very next day. See also my pre-DRS blog re Logemann and Kahrilas’ work.

Alfred W. Rademaker, PhD (Professor in Preventive Medicine-Biostatistics at Northwestern University) along with Barbara Roa Pauloski, BS, MA, PhD (Northwestern) knew Jeri through the cancer center. He fondly recalled working with Jeri to use data to answer the many questions she was always trying to answer. For example, Rademaker was lead author in their early work in 1993 proving that the patient’s ability to get back to eating post-op was faster in supraglottic laryngectomies when the arytenoids were not taken (Click here for Recovery of postoperative swallowing in patients undergoing partial laryngectomy).

Lazarus referred to Logemann’s innovation in head and neck cancer research, citing her early work with David Bytell in 1979. Logemann & Bytell analyzed swallows in patients with three types of HNC. They tested liquid, thin paste, paste + cookie, and paste + cookie followed by a liquid. Lazarus summarized how if the patient took longer than 10 seconds to swallow or aspirated the bolus, the patient was likely to eliminate that consistency from his diet.

As I mentioned before, Gallagher noted how Jeri was so proud of the next generation’s work. Sonies said that the “seed has been planted.”

Nicole Rogus-Pulia, PhD, CCC-SLP (University of Wisconsin-Madison & William S. Middleton Memorial Veterans Hospital) was Jeri Logemann’s last doctoral student, and her graduation was the last that Jeri proudly attended. Rogus-Pulia’s work is focused now on saliva production, especially the chemical composition of saliva. The patient’s perception of dry mouth and the impact on swallowing forces us to look at the quality of the saliva, and not just the quantity. Early in her training, Rogus-Pulia was influenced by the following 2003 research by Jeri Logemann and colleagues: Xerostomia: 12-Month changes in saliva production and its relationship to perception and performance of swallow function, oral intake, and diet after chemoradiation. (Click here for the pdf).

“Who is this legend?”

Dr Sumitrajit (Sumit) Dhar became the Department Chair for Communication Sciences and Disorders at Northwestern University in September, 2014. He shared how years ago at an ASHA convention, the group he was with suddenly took off saying, “Jeri’s talk starts now.” “Who is this Jeri,” he tried to ask, but they were gone…

When he did meet Jeri, she introduced herself with: “Hi, I’m Jeri Logemann, and I swallow.”

Dhar went on to learn from Jeri Logemann to “remain true to principles.” He is now reaching out to other disciplines at the university (i.e., the Department of Physical Therapy), just as Jeri always did .

Dr Dhar informed us that Northwestern is starting a Jeri Logemann Memorial Fund. “We will use the foundation to foster more innovative work.” “We will push to build Jeri’s legacy,” as “we all are Jeri’s legacy.” The goal is to reach $250,000 in order to have a permanent endowment in her name.

As stated in the program:

We hope to permanently endow the Jeri Logemann Memorial Fund. Income from the endowment will be used to support seminars, lecture series, and workshops for clinicians and researchers in the field of Communication Sciences and Disorders, especially the area of dysphagia.

Please contact Katie Gottfred if you need more information about contributing. Also, send her an email if you want to be on the mailing list for the Jerilyn Logemann Lecture Series, beginning 2016.

Donations can be made online at:

Katie Gottfred, PhD, CCC-SLP, ASHA President 2008 and President/Founder of Leap Learning Systems, could not be at the tribute, but she sent the following words as a tribute to Jeri Logemann:

“She died like a flame unwilling to be extinguished.

Burning a whole in the fabric of time.

Searing her passion into the pattern of our days.” 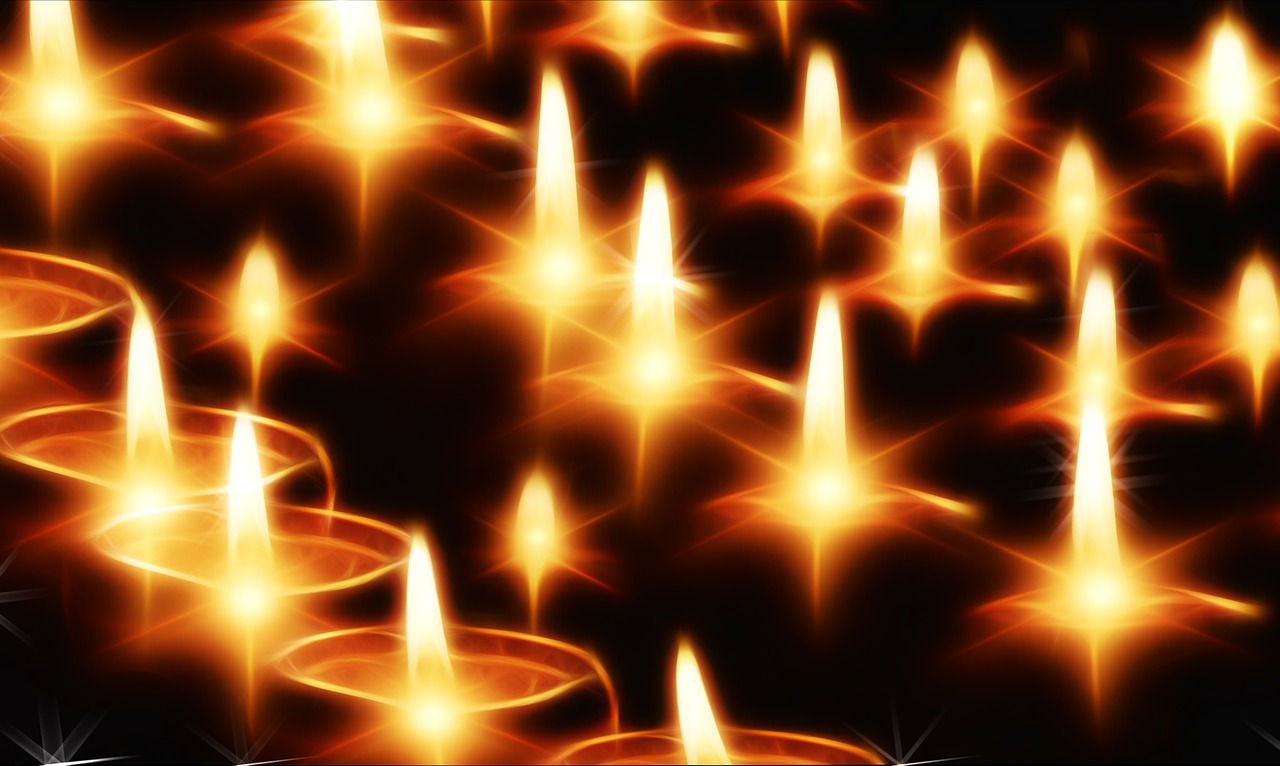